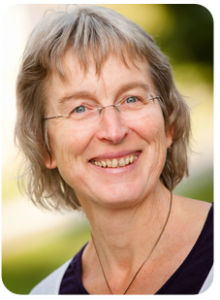 Welcome!
I’m looking forward to support you  at the precious moment of Birth.

A Doula by My Side 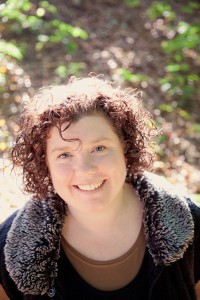 Being pregnant and living in a foreign country can be quite daunting once the euphoria has ebbed and reality hits. Back home you’d have your mum, sister or best friend on hand to support you through the nine month roller coaster that is pregnancy. When you’re abroad it may be harder to find that emotional and practical support. Further more there are language and culture differences making it tougher still. This is why a doula is a great option for expats.

For nine months a doula stands at your side, helping you to prepare mentally and physically for the upcoming birth. When D-Day comes and you’re huffing and puffing contractions away, a doula provides hands on physical support and pushes you mentally to go further than you thought you ever could. Whilst your partner is passed out exhausted on a chair in the delivery room, a doula takes over and holds your hand. If you’re not sure of your options as the birth approaches, a doula paints a picture for you.

There are also medical reasons to have a doula in the delivery room with you – it has been shown that the presence of a doula reduces medical interventions such as caesarians and pain relief. The presence of a doula creates peace, trust and a feeling of safety in the delivery room and this has an effect on the birth of a baby. And speaking from personal experience this is not just sales talk on doula sites.

The birth of my first son was not the straight forward, pleasant experience we had hoped for. This was largely due to a maternity ward running at full capacity and few nurses around to help when we needed it most. It was scary. We’d had the chance of using a doula but thought it unnecessary at the time. A regret for sure.
During my second pregnancy I didn’t hesitate one second to contact a doula to support me and my husband in the delivery room. When my third pregnancy was confirmed she was one of the first to know.

Not only did she give me the emotional support during the most difficult times of labour, she also gave valued emotional and practical support in the months and particularly weeks before my due date. She reminded me how tiring labour is…… prodded me to get my rest when I could, despite looking after my two children. She encouraged me to lean on others around me and she pushed home how important time with alone with my husband was before the baby arrived. She helped put me in the right emotional and mental place for the birth.

Unfortunately she couldn’t wave a magic wand and take away the fatigue that raged once the contractions hit full strength. Two nights of contractions and no sleep had sapped my reserves, but thanks to Malua I got through the birth with a smile on my face and can look back on a happy, memorable birth once more.

There are many reasons to take a doula with you on your journey though pregnancy and birth: for expats there are more reasons still.

A little help in the delivery room 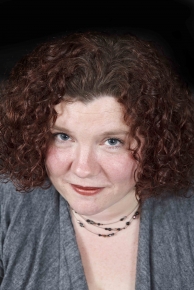 Being pregnant in the Netherlands is not like being pregnant in the UK. Aside from the language, the culture around childbirth is different. The Netherlands prides itself on home births and natural births. For an expat, away from her mother and best friends, a helping hand and a friendly face is a welcome addition to the delivery room. That is why I opted for a doula the second time around.

Opting for a doula
At 6.15am, an hour and a half after I had felt the first contraction, the doorbell rang. My in-laws were already perched on the sofa in anticipation of what the day would bring, ready to entertain my eldest son as soon as he woke. I opened the door and my doula, Malua, was poised on the doorstep. It was the moment we had spent months preparing for. She took control as another contraction worked its way to a crescendo.
“Breathe,” she said, “like we have practiced.” I relaxed and the contraction passed. Gathering up my suitcase and yoga ball we set off on the short drive to the local hospital.

I first met Malua in 2006 when I was pregnant with our first son. She was the course leader of a pre-natal class called Samen Bevallen (Giving Birth Together) and was then training to be a doula. She offered her services for free back then, as part of her training and after umming and arring we had decided not to take her up on the offer figuring an extra person in the delivery room would be excess. How wrong we were and this pregnancy around she was top of the list of calls to make.

Our first meeting was one of reflection about the labour and birth of our first son. The birth was not a particularly pleasant experience – until the moment he arrived. We wanted to make sure the experience the second time around was a different one, one we could look back on with a beaming smile. We talked about what had happened and what we wanted for this birth. It was an emotional discussion, and one that closed a door on the mishaps of the first birth and set the stage to see the second birth as a new and separate event.

“So how do you see my role during the birth?” our not-yet-hired doula asked.
“Like a lighthouse in rough seas,” answered my husband.
She smiled. She explained what her role as a doula entailed and what we could expect from her. She said we could have some time to think about it all and give her a call when we had decided.
My husband and I exchanged a glance and a nod and before she could escape we confirmed we wanted her as our doula.

We met every month in our home to talk about the pregnancy, any developments with the midwife, hospital visits and how we felt about the impending birth. In the early months Malua advised us to revisit the first birth and write a birth plan to capture what we did want, rather than focussing on the elements of the first birth that we wanted no repeat of. She gave us tips about what to consider, how to word the plan to help make hospital staff aware of the earlier experience and help make this birth positively memorable.

Malua reinforced the importance of relaxation and rest – an easy thing to forget with a busy three year-old in the house. She gave me a pregnancy massage. She practiced breathing techniques with us and revisited labour and birthing positions. She had spent months emotionally and practically preparing us for the moment we now found ourselves in-puffing contractions away in a delivery room, full of excitement, eager to meet our new arrival.

Instead of a sense of dread about labour and the birth, my husband and I were in good spirits because of Malua’s presence. The good humour was in abundance in the delivery room as we laughed about the broom cupboard we had been provided with to give birth in (there was a spate of births that day and the main delivery rooms were already occupied with puffing, grunting women) and the lack of pace and energy of the two builders working in the spring sunshine outside directly in front of our delivery room.

Our backs were covered by our doula; we could relax and enjoy the moments between contractions because we knew we had an expert on hand who would take the lead when we needed her to.

When I needed an emotional boost, in stepped Malua. At the time my husband needed a lift Malua took charge. She explained our options as the midwife was consulting with the hospital staff and she gave us a pep talk.

An hour later, with renewed focus, fresh motivation and an oxytocin infuse we were ready to continue. Malua led us in the arduous march to the finish line at twenty to four when our son was born, healthy with all his fingers and toes.

Our doula certainly lived up to the request to be a lighthouse in rough seas. 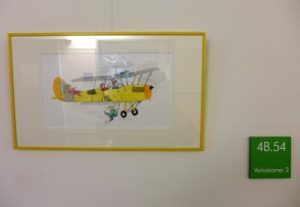 If you are interested in my Doula services I would love to meet you,
so we can talk about how I can support you during pregnancy and the birth of your baby.
Feel free to contact me, if possible in early pregnancy to ensure my availability.
Together we will find the best option in your specific situation.

You are so precious... Surrounded by great love, warmth and trust we welcome you into our hearts...